Things That Unionists and Protestants Get Right? 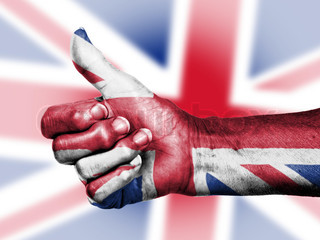 As suggested by some of the chaps over at http://sluggerotoole.com/2013/07/31/10-things-that-political-unionists-get-wrong/#comments , here is a list of suggestions of things that Unionists get right

They'll be no random pictures or silly captions today as (for once, it's quite time-consuming too) we don't want to belittle any of the points.

Most of the suggestions below have been contributed by other bloggers, so thank you Red Lion and Green Flag.

1/Brian Faulkner and the Sunningdale Agreement in 1974 -  (even if it didn't last, nice try though)

2/  The failure of the vast majority of the unionist population to support the Loyalist paramilitaries and to generally continue to support the main parties - Your narrator agrees with this, funnily enough, he has met people in bands with UVF standards/links whom would not support the PUP as they were viewed by some as a 'Protestant Sinn Fein'.
Interesting.

3 While many are not Church attenders one could suggest that a majority of unionists listened to the words of their Anglican , Presbyterian and Methodist ministers in restraining themselves from ‘acts ‘ of revenge -ditto of course for the majority of non unionists - Indeed, Northern Ireland could have been so much worse had clergymen not urged the turning of the other cheek or if dignified victims hadn't voiced against retribution.

4/ Doc Paisley eventually making it to the power sharing table despite decades of opposition and his groundbreaking ‘deal ‘ with SF leader and now DFM McGuinness - (took his sweet time about it, he could have not opposed it back in the 70's with Sunningdale and the SDLP, better late than never one supposes...)

5/ It was unionists who formed the Alliance Party, an important middle ground feature of NI politics -

6/ The UUP actually taking the brave leap in helping negotiate the GFA in the first place, much to their own party’s cost - Especially David Trimble, he knew what was in store for himself

7/ more recently, and I hope the most important, the formation of NI21, a hopefully genuine attempt to break support for Northern Ireland’s constitutional set-up out of being linked to perceived ethno-religious background - Catholics are now key to the Union

8/ SPADS bill by TUV, which gained a cross community support in curtailing the SF march of putting perpetrators of violence into positions over the heads of the rights of victims to feel that Stormont also belongs to them.

9/ Linked to GFA, but to some degree moving away from Anti- anglo Irish feeling to acceptance of some sort of a role or dimension for Dublin in NI affairs - let us not forget what Trimble did to the dreaded articles 2 & 3 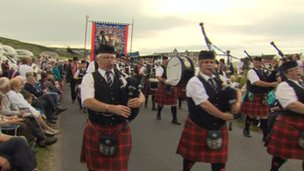