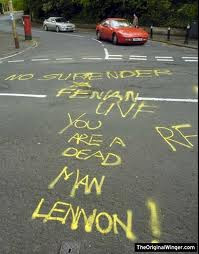 Having spent over a decade in Scotland, your humble narrator is no longer shocked at the behavior of  90-minute-bigots across the North Channel.

For a bit of balance, one must say that it isn't all their fault,  they are in a minority (thankfully) and Paisley Road West and the Gallowgate areas of Glasgow are regularly awash with Northern Ireland's most bitter cretins who contaminate the natives with their own bigotry and bitterness.

Not known for their training in historical research, bitter cretins pass on fantastical accounts of exaggerated Irish history and on occasion one does hear 'history versions' that makes one weep.

So, in the interests of insulating wannabe-bigots of the Scottish Central Belt from erroneous versions of history, here are some nuggets that can be ignored as and when it pleaseth.

Not all Red Hand badges are Loyalist badges.

It is an Irish symbol.

Which is why it was chosen by the Irish Unionists of Ulster.

Had most Unionists been concentrated in Connaught then we probably would be seeing very different Loyalist symbols.

A dear friend of your narrator is a life long Tyrone GAA fan.

Their nickname is the Red Hands.

Said friend nearly got a thrashing in Glasgow because an ignoramus mistook her for a Loyalist on account of her Red Hand emblazoned Tyrone shirt.

It is NOT a hard and fast rule.

Your narrator is of Orange stock and most of his family would say Derry instead of Londonderry.
It only became an issue a few decades ago when some people wanted it to be an issue.

FYI: County Londonderry was NEVER called County Derry, its previous name was 'County Coleraine'. The argument can only be applied to the city. 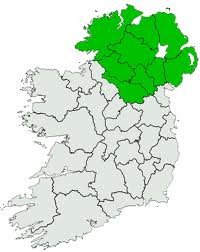 Ulster is an Irish province.

The borders and definitions have varied over the centuries but people generally agree on its borders.

Its a bit severe to lampoon everyone if they casually refer to the place as Ulster, for lazy generalisations are the norm in Northern Ireland and there are numerous associations that have it in their title.

But don't get all uppity about it and jump down people's throats if they correct you, you left yourself open with that one. 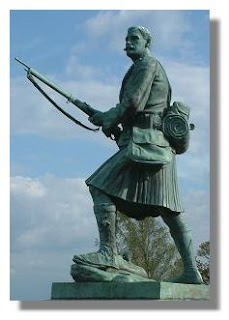 You can call the British Army an occupying force if you want (though you'll sound like you've been brain-washed) but please remember that a fair whack of the soldiers who served in Northern Ireland came from Scotland.


5/ The Battle of the Boyne 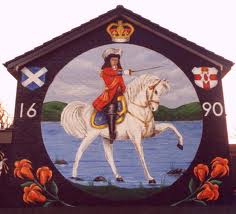 It was NOT a straight up Catholic vs Protestant fight. Seriously. 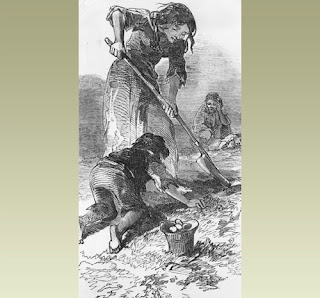 Affected Scotland too. The Highlands and Islands were decimated for reasons similar to those of Ireland.

(Except for Blackskull FB, a tight outfit altogether)

It's supposed to be about Protestantism. Not getting hammered and screaming at the fenians.


Your narrator has been to a few over the years and has been scared witless every time and taken to be a 'Mickey bastard' on account of his soberness and unimpressed face. (Your narrator was hoping for an event more like the 12th's in Northern Ireland: Gospel tents, tea tents, each church with its own stall, toy stalls, ice cream trucks, burger vans etc etc. Not a massive drinking session!)


9/ Screaming at Folk Who 'Walk Between the Bands' 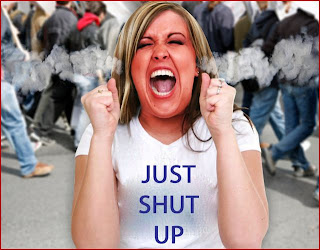 If you find yourself doing this then you may be a NED after all.

Refer to the NED checklist:

Have a penchant for stabbing people?

Think of education as a waste of time?

If you answer 2 or more of the above points then you're probably a NED and are about to commit violence upon your computer or stolen smart phone...