How To Get Yourself Glassed In Belfast... 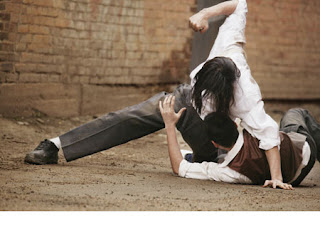 In the interests of changing the record (for once) your narrator has decided to put up a few lesser known and unpopular myth-busters.

Please feel free to punch the screen, shout "it's not true!", call the narrator names and tell him that he is wrong, but remember, if you do, please attach a correction and a reference.

Saying "this is all wrong, so it is!" without any back up is just a waste of typing. How can your narrator make the necessary amendments without a helping hand and a point in the right direction?


He didn't just come over to Ireland unprovoked and start slaughtering Catholics out of boredom.

Whilst he certainly despised Catholicism and wasn't particularly fond of the Irish it must be remembered that Ireland was 'Plan B' for English Royalists and Ollie and his warts couldn't let that slide.

And for all those Presbyterians out there who get a thrill out of seeing him adorning the gable end of houses in the Shankill or on Loyalist Arches in places like Magherafelt, please remember this:

HE BROKE HIS AGREEMENT WITH THE COVENANTERS, INVADED SCOTLAND AND SMASHED THE PRESBYTERIAN ARMY IN ULSTER.

Blood surveys in the Gaelic strongholds of the Arran Islands near Galway showed that a fair number of the population (if not the majority) are direct descendants from Cromwell's soldiers who were based there during the blockade of Galway.

James did NOT come up to the walls, demand a surrender and have the doors shut in his face.

He was in France at the time.
It was the Earl of Antrim who had the gates shut in his face and instead of kicking off a siege there and then he merely went over to the Protestant town of Coleraine and billeted there.

And was a farce.

With small artillery. And hardly any artillery rounds compared to European sieges.

Not to mention that Governor Walker ALSO wanted to surrender the city, Lundy wasn't daft, he'd been in proper sieges before in places like Morrocco, fighting against the French.

He knew if that a half decent army armed with proper artillery arrived it would destroy the city.

A number of the original 13 spoke Gaelic (either Scots or Ulster). Perhaps all of them, perhaps only a few, it's difficult to know.

But some of them did.

Your narrator does not need to contribute anything negative to the British Army in Ireland as there are volumes of such works to this end.

So, some food for thought.

It is widely believed that many hard line Loyalists were angered by the intervention of the British Army in Belfast at the beginning of the Troubles as it much reduced the chances of evicting even more Catholics from the city.

Ian Paisley famously compared the British army to the SS 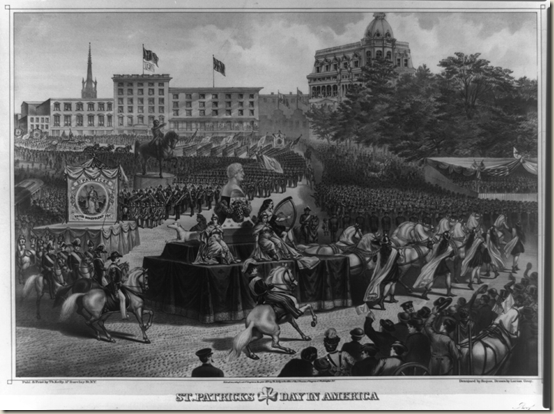 Was started in America by Irish Soldiers in the British Army

Originally, most parades were organised by Protestants e.g. the parade in Savannah Georgia.

Flying the tricolour is a comparatively recent idea.

Many Republicans and nationalists argue against its use in an Irish context seeing it as a British (or even Protestant) invention, given its inception at the hand of the Dukes of Leinster (the Fitzgeralds).


The Catholic church feels differently as the St Patrick's Cross is the flag of St Patrick's seminary, Maynooth (near Dublin).

It is also used by St Patrick's diocese in New York.

Not to mention various Catholic schools the world over. 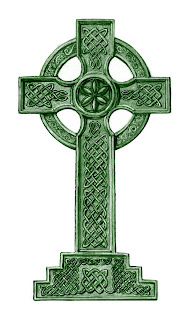 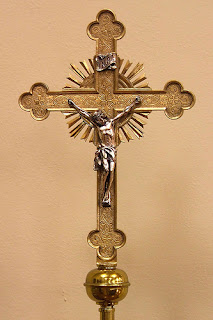 A tricky one, but it's a real stretch to say that Ireland has ALWAYS been Catholic.
The early Celtic branch of Christianity (the one that flourished whilst the Western Roman Empire was crumbling and for centuries thereafter) was not at all popular with the big-'wigs' (well, 'tonsures') in Rome.

Henry II, the 'English King' who invaded Ireland (well, he mainly attacked the Anglo-Normans in Ireland and the Norse cities) had a papal blessing for his invasion.

It's a tough one, get out the old theology and Christian history books for this one...

"Call this war by whatever name you may, only call it not an American rebellion; it is nothing more or less than a Scottish-Irish Presbyterian rebellion"

Quote by a Hessian (German) mercenary officer fighting for the British against the American militias.

In American War of Independence, it is thought that a good half of the Rebel army were Irish Presbyterians

Their success gave much encouragement to their cousins in Ireland, especially in the North.

Out of this encouragement came the United Irishmen and their subsequent rebellion, led mainly by Protestants.

Incidentally, the mainly Catholic Monaghan militia was key in crushing the Rebellion in the Belfast area and was noted for its brutality, possibly driven by the perception that it had to shake off any doubts about its loyalty after having 4 members executed for treason

King William had Catholic troops too

His had an ally in the form of the Pope

Shortly after the Williamite victory, harsh penal laws were brought in which affected Presbyterians as well as Catholics


The rebels were not popular (until General Maxwell started shooting them).
At one point they had to use their rifle butts against women near Bow St Distillery as the women were so upset at this act of treachery whilst their men folk were far away on the Western Front slaughterhouse.