Observe the latest disaster to hit Unionism and keep the ideology as a mainly Protestant club:

Admittedly smart enough to pick up on the element of society that sees itself as abandoned they nonetheless are seemingly hell bent on reinforcing old symbols and associations e.g. Union Flag = Protestant.


How does hammering home imagery of Union Flags and Protestantism hold any appeal for the Catholics of Northern Ireland who might otherwise be tempted to at least consider the appeal of the Union?

Not to mention saying 'Ulster' all the time instead of Northern Ireland, as if it's some sort of magical place free of themuns.
It is annoying that the title Northern Ireland has the word 'Ireland' in it leading to a MAD view that perhaps some people within its borders are Irish (obviously only the Lundy-types) but what can you do, Tim Pat Coogan isn't too fond of the name either.
Each to their own...

Also, they run the risk of ruining current campaigns.

For example, your narrator is one of many whom are disgusted by the Raymond McCreesh playground debacle/act of disrespect but how many reasonable people from the Nationalist community are likely to lend their support or voice their concern after seeing the image below: 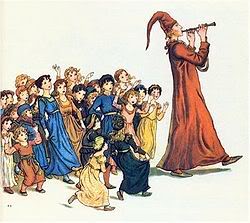 When Willie was seeking justice for victims then that was a truly noble cause and he evidently believes that what he is doing now is the right thing but reinforcing the link between religion, politics and culture will cost the 'PUL' dearly in the long run as will all the doom-saying and fear-mongering that they are indulging in at present.
It's always led the Unionist people to a bad place.

The PC seemingly can't see that they're demeaning the voice of victims as they're tarring the victims with their own dogmatic brush.


Not everyone who criticises the failing aspects of Unionism is a Republican or Nationalist by default.

If Willie & Co truly want to kick start some sort of Unionist 'fight back' then they should firstly ask some serious questions about the state of Unionism and where do the want it to go?

Are they happy at the low number of (badly needed) Catholic Unionists?
If not, then how do they tackle this?
Are they happy about the amount of culture that has been self-amputated from the Protestant community in the past century (well, the bits that could be shared with themuns e.g. the Gaelic language(s) and folk music)?

Are they aware that many not-so-hard-line Unionists and centrists DO have sympathy with the plight of the Protestant Urban working class but at the same time believe that the current approach advocated by the PC (plastic mimicry of Sinn Fein's MOPEry tactics, adorned with dogma, rhetoric, divisive symbols  and the usual war drum beating) is doom-bound and dangerous?

What about the 'image' of NI Protestants?


Is it fair how much of a financial burden we are to the mainland and that we will continue to be so as long as potential investors are scared away by protests and such like?

If your humble narrator were a Republican/Unificationist, he would be most relieved to see the appearance of Willie & Co.
Any chances of having Unionism move to a pragmatic middle ground are now down the swanny thanks to Willie's efforts to keep everything Red, White and Blue thanks to his noxious brand of "from my cold dead hands" Unionism.


The man doesn't even know the difference between satire and Republicanism, hence the feud between him and the chaps at 'Loyalists against Demacracy':                  http://loyalistsagainstdemocracy.blogspot.com.au/?zx=c8244d020472914d

There are simply not enough Protestants in Northern Ireland to have a Protestant based Unionist strategy.

Even Big Pete and the DUPers are (reluctantly) starting to concede this (although they don't act like it).


Will the DUP have to behave like hard line basket cases just to stop votes going to the PC (should they actually contest elections)?

Do demographics mean nothing to these people?

Has the BBC Spotlight poll went to every ones' heads?!