GOD SAVE THE QUEEN, THE ULSTER BANNER AND THE EVER SHRINKING NORN IRON FAN BASE 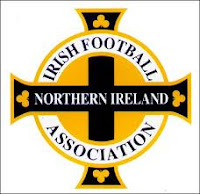 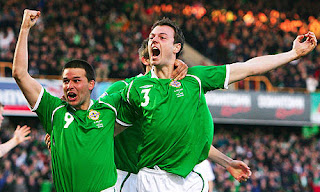 The world's biggest companies spend billions between them on marketing, advertising and psychology.

'Tractor trailer loads' of it if one wants to use a local standard measurement.

The general belief is that if you put across a positive message/image/something that can connect with a certain part of someone's psyche then they will be drawn towards your product. Now, whether that  'something' is related to food/sex/luxury or whatever, it doesn't really matter, there's a marketeer somewhere who knows which buttons to press.

Unless you're a unionist who follows the trials and tribulations of the Northern Ireland football team.

Now, for a group of people born of industrialists (Craig) and generally  wealthy know-it-alls (Randolph Churchill, Lord Carson etc) this trait of modern commerce is somewhat lost in the land of Unionism.

What your humble narrator refers to specifically is the Northern Ireland football team.

The psychological elephant in the room in this case is the illogical use by the Irish Football Association (IFA) of symbols that pretty much turn off half of the population from supporting our beleaguered team.

The symbols in question include the 'Ulster Flag' which although it was the official flag of Northern Ireland at one point, it was disbanded in the early 70's.

It is well known that half of the population of Northern Ireland don't like this flag and it helps to further push them into supporting the Republic .

Another marketing boo-boo is that of using the UK NATIONAL Anthem instead of a regional anthem like they use in Scotland or Wales.


Leaving aside for a while (if you please) the fact that for some reason the UK alone (I think? Open to correction by all means) is allowed to divide herself into 4 constituent nations (no doubt to the chagrin of the Basques) for sporting events one feels obliged to cover the inconsistencies that govern the 4 nations and their approach to their flags and anthems. 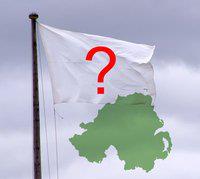 
So, there you go, the other two 'Celtic' countries are happy enough with their own flag and anthem, England, understandably (being the other name for 'Britain') is so-so.

Northern Ireland on the other hand, despite being one of the worst football teams on Earth, still insists on a policy of that embraces the 'UK' national anthem ( England is the only other team so arrogant as to claim it) instead of a regional anthem as well as foisting a redundant flag.

Admittedly, there is very little choice as far as flags are concerned officially as Stormont has as much interest in creating a flag for Northern Ireland as JD wetherspoons has in creating a nice pint.

But, having said that, your humble narrator has noticed that many Irish pubs have started flying IRFU flags instead of tri-colours, why don't the IFA do something similar until (or when/if) there is a new Northern Ireland flag?

What about this one? Hmmmmm? 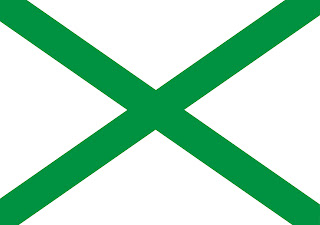 Surely it makes sense, in 'business terms' to have a flag and an anthem FULL STOP?

Even better if that flag and anthem can include the other half of the population?

The main argument against such a move?

Yes, you guessed it; "No Surrender!"

To have such a logical and business savvy move would obviously be giving into the popish plot to overthrow loyal Ulster.

Much better to subvert this plot by being completely sh*te at football and have no football competitions to look forward to as well as seeing potentially half of the local talent (literally, not homosexually) 'go south'.

To summarise the whole episode, here is a picture of the intellectual task force that sought reassurance from that IFA that such a logical transformation would never occur.

(NOTE: A poster on the mother of all Northern Irish blogs, 'sluggerotoole.com' (cheers Mick!) pointed out how the afore mentioned uber Britischers are standing beside a Celtic Cross. With shamrocks. And the word 'Irish'.)


AMENDMENT: Had to tinker with some of the wording above thanks to keeping an eye on a session over at planet Newsletter, lest ye all notice something 'fishy'...