Culturally British vs Culturally Irish - Is there any such conflict?


British VERSUS Irish or Just British AND Irish?


Recently, your humble narrator has grimaced repeatedly as the great strategic tailspin of Unionism (or now 'the PUL community') has seemingly embraced it's dance with gravity and it's date with a sudden impact on the Earth's surface.

It has done so by making even more references to some sort of cultural battle that is taking place in the Grim North.

Once upon a time people were content to simply call the set-up a pro-British Protestant outfit vs a Pro-United Ireland Catholic outfit, or perhaps more simply put, those who look to London and those who look to Dublin.

It would appear that such a demarcation is no longer sufficient for some and ever more absurd makeshift boundaries are being erected on the burnt-out streets of our culture-scape that increasingly looks more like an Escher painting with it's paradoxical foundations.

So, where to begin?

Well, lets see, does one 'inherit' their identity through the label that is their surname, in a 'similar' vein to the Russians, who, for example, would happily call a man a 'German' (even if that man's family have lived in Russia for half a millennium) simply because his name might be 'Schwarz'.

Let's see (whilst making bold assumptions about their cultural identity)

David McCarthy (former Unionist)      (Is this necessary, McCarthy is as Irish as it gets?!)


Okay, we get the idea, you could waste a day doing this, trawl through the list of Northern Ireland's councillors and you'll have a massive list of people with the same name, accent and genetic background who would have you believe that they're as different as chalk and cheese.

So, obviously a name is no anchor for cultural fealty (your humble narrator went to a school populated with Unionists and Protestants called O'Neill, Kelly, Lynch, McGuckin....) and it has to be mentioned that 'Adams' is a very British name.

Maybe there's a straight down the middle divide between British and Irish lifestyles that just aren't compatible? 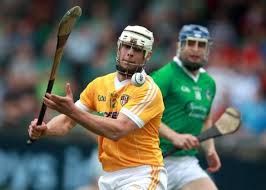 So, a Gael playing a stick sport, perhaps there's no British equivalent. Oh wait, hang on.... 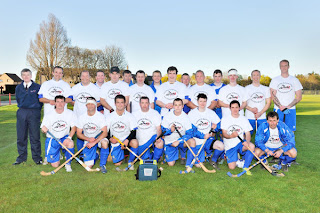 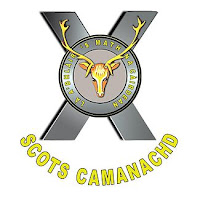 Hmmm, it appears that over in Britain they have a derivative of hurling called shinty. The chaps in the photo are a shinty team in the British Army.

What about language? Everyone in Northern Ireland speaks English, so, does the speaking of Gaelic push some one into a cultural or political camp?

There's so much material to show that this is historically not the case, here's a few pointers:

or how's about some Protestant Irish speakers on the Shankill:

Not to mention Lord Edward Carson, the 'Father of Northern Ireland' who was a keen Irish speaker.


Also, for a history of Protestant Irish speakers try this:
http://www.ultach.dsl.pipex.com/ForLearners/A%20history%20of%20Protestant%20Irish%20speakers.pdf

A little bird told me that during the first plantation (early 1600's) MOST of the Presbyterians spoke Gaelic.

For those of you who AbsolutelyPositivelyHAVEtoHAVEReligionInTheRoom then try this little snippet:

MOST GAELIC SPEAKERS IN SCOTLAND ARE PRESBYTERIAN


ULSTER SCOTS, pay attention: Interesting point raised by a president of the Australian McLean clan. Upon joining a clan, it is sometimes stipulated that the new member must help preserve 'the Gaelic tongue'.

How this will go down with the new generation of enthusiastic 'Anti-Gaelic Scots' in Northern Ireland remains to be seen: "we can't speak Gaelic, we're Scots*...."

*Funnily enough, the word 'scot' is latin for 'gael'. When will it end?


So, another dead end. The Gaelic languages strip a person of their British identity as much as eating McDonalds does.

Every one's favourite topic in the Grim North judging by how Ape-sh*t every one goes over a flag here or a crown there.


The most interesting would have to be THE HAND.

It is seen by many as the most loyalist of symbols (especially by drunk people in Glasgow, DON'T wear a Tyrone jersey on St Pat's day there, it'll only be a matter of time before someone thinks you're Jonny Adair).

Of course, it's hard to find a more Irish symbol.

The only reason it was picked for the Unionist cause was precisely BECAUSE it is an Irish symbol, an Irish symbol that applied to the North, which, was mainly (well just about) Pro-Britain.

NOT a bunch of people from Britain squatting in Ireland demanding that the Union stays.

So, no score there either, the chief emblem of the 'British' side is in fact an Irish symbol.

Surely the difference between Irish and British music in the Northern part of the Island is so different that any fool could tell the difference?!

(Apologies for the differences in quality of sound, but your humble narrator believes that the Loyalists have a lot more practice at this sort of thing)

DID YE SEE THE DIFFERENCE!??

No, neither did anyone else.

OK, what about other types of music, lets say, 'Folk' music:

As different as night and day, eh?

"Well, what about the Lambeg drum? Only Protest...I mean unionist....erm, Ulster-Scots, I mean 'British' people play lambegs! You wouldn't find any of 'themuns' tolerating it as part of OUR culture, would ye?!"

1: The only people who play the Lambeg drum on the Island of Britain usually tend to be Northern Irish people
2: Observe, a lambeg near a catholic area of Belfast (08:40) http://www.youtube.com/watch?v=YsAvTmA_CU4 with no one being offended


The Loyal Orders and the Hibernians

Not even worth debating, 2 different groups of Irish people professing different religious and political allegiances in EXACTLY the same fashion: Marching bands, flags and big gatherings. 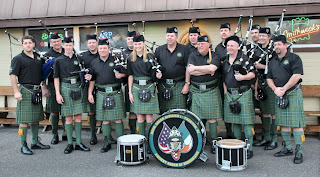 There's way too much to go through as the whole notion is nonesense, it's effectively 2 very similar groups of people divided by religion and it's associated coat trailing political sheep herding which are looking for excuses to differentiate themselves.

Homework: A favourite jingle of Sinn Fein at the moment is the 'imbalance' of British vs Irish symbols at city hall, a plucked-from-mid-air figure implies that 95% of the paraphernalia is simply 'British'.

One one hand, not overly surprising as Belfast was built during the days of the British Empire. Every major city in the Empire had British symbols.
They also had native ones too.

So, in terms of Belfast City hall, what is a 'British' symbol as opposed to an 'Irish' symbol?

What about, for example, a UVF flag?

An Irish group (of dubious inception), with a an Irish word ('Ulster') and numerous Irish symbols within it's insignia (red hand, shamrocks etc) but with a very pro-British outlook.

Does that make it Irish or British?

Same with other Irish regimental standards within city hall.

And other unionist trophies. The Unionist motto back in the day was 'Erin Go Bragh' (Ireland for ever).

So far, one's conclusion is that people are claiming that their political allegiance is in fact their identity.