In no particular order, your humble narrator has decided to splutter some observations onto the interweb thing.

These observations all revolve around the mind-boggling actions of a people who claim to cherish their place in the UK but cause more trouble for HM Government than all the other UK nations, colonies, Crown dependencies, overseas territories or even Commonwealth countries put together.

And then blame it on the F*nians... 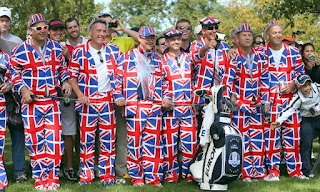 They are (by and large) either simply Irish or British (apparently).

This causes a great deal of confusion to manys a tourist.

Now, lets be clear. Your narrator can enjoy a great last night of the proms waving a fleg, singing rule Britannia with the best and worst of them. It's not the pride in being British that the narrator scorns, rather the rejection of any kind of pride in having a unique culture of one's own.

Why is this detrimental to Norn Iron's position in the UK? Well, it makes it harder for the overdue and long deserved merger of the two communities to happen and ensures the never ending merry-go-round of hostility can be opened whenever the political classes need a few votes. 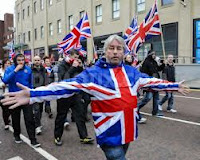 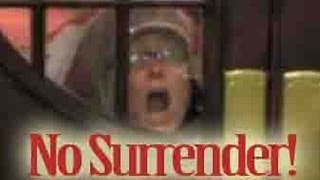 They embarrass the Protestants of Northern Ireland

Everyone in the mainland thinks we're all nuts.

Their protests cost the Crown money.

When people in England realise exactly how much money they'll be more amenable to the idea of getting shot of Northern Ireland.

Want to stick it to Republicans so badly?
Want to 'fight for Ulster'?
Well, how about taking over the Antrim and Down GAAs? It could be easily done in Ballymena, Ballymoney, Carrickfergus, Larne, Glenarm, Ballyclare, Antrim and North Down.

There you can cause a ruckus and get concessions.

Not by burning your own city during the busiest time of the year.


3/ NO ANTHEM OR FLAG FOR NORTHERN IRELAND

As long as Northern Ireland uses the Ulster Banner and God Save the Queen for football games then there's very little chance of Catholics coming to support Northern Ireland.

No Catholic support then no national pride.

No national pride then a limited time in the Union. 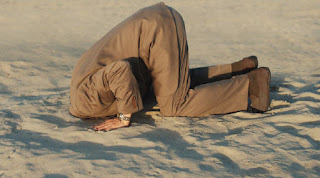 There has been NO effort to make the UK option palatable to the Nationalist community, ever (well, arguably at its very inception, the jury's out on that one).

Everyone knows that Northern Ireland needs the Catholic vote to survive.

But the people who can make a difference such as the Loyalist bands, the Orange Order and indeed the IFA (see above) do nothing about it.

Feel free to make a suggestion but be prepared to be told why they can't (won't) do anything till Sinn Fein do something. Seemingly oblivious to the fact that this state of affairs suits Sinn Fein nicely;

"Ah, so you'll only start to make yourselves more appealing to the nationalist community and thereby set back our plans for a united Ireland IF we make the first move? Hmmm, let us think about this one. for maybe another 50 years..."

Here's some things loyalists could do to make the idea of Northern Ireland more attractive to the Catholic community and help steer them away from nationalism/'unificationism':

*  Get a  flag for Northern Ireland (The Ulster Banner is defunct, has been for decades)
*  Have a Northern Ireland Anthem
*  Condemn all bands that carry the banners of groups that murdered people
*  Condemn all bands that act in a non-Christian manner outside places of worship
*  Stop nick-naming bands with names such as 'The KAI' or 'The KAT'
*  Stop threatening security personnel outside catholic pubs as they parade by
*  Stop asking Bobby Sands if he would "like a sausage supper"
*  Exercise the right to sometimes not walk down a certain route. (on which point, surely it would be better from a Protestant point of view to allow Protestant shops to benefit from the parade as opposed to those on the contentious route?)

These small steps will go a long way to helping make Northern Ireland more palatable to the Nationalist community.

Your humble narrator is pretty confident that Sinn Fein would not like Northern Ireland to be more palatable to the Nationalist community as it fiddles with their plans for a united Ireland. After decades of fear mongering they can do little else. They can't be too progressive because they've spent such a long time breeding suspicion and fear amongst their electorate.

Speak against the tribe as it wanders over a cliff and you'll be deemed a Lundy, so they have little choice but to continue along the increasingly pothole filled path of 'No surrender'.

6/ FEAR OF ALL THINGS GAELIC

In fairness, this one is (PERCEIVED to be) pretty much the fault of Republicans who have hijacked the Irish language.

But the gusto to which Protestants have taken in turning their back on the language of their ancestors is startling.

Just to ease you all in, if you have the following surnames, then you had a Gaelic speaking ancestor:

Any surname beginning in Mc/Mac, such as McDonald, McCrea, McCoist, McMaster, McKay, McClure, McLennan, McClean and so on and so forth.


These names are all popular Northern Irish names.

So if you have a name like this in your family, then someone somewhere along the line of your family spoke a form of Gaelic.

As did Edward Carson.

And the RHC's motto is in Gaelic.

As was the Anti-Home Rule movement; "Erin go Bragh" 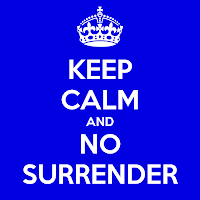 This has been the main downfall of the Protestant Unionist community at every turn.

It may have started with the Siege of Derry.

There, they understandably cried "No Surrender!" and as luck would have it the fat incompetent commander of the Jacobite forces brought knives to a gun fight (small artillery) so the almost indefensible city had a lucky escape.

It's akin to a supermodel escaping a night in 'Rape Alley' because all the rapists had small penises.

Anyhow, since then it's backfired, observe:

Objective - Keep Ireland as part of the UK

Worst case scenario - Ireland as a part of the Empire, with the British Monarch as the head of state and the Protestants as a very influential class (they controlled industry, the banks and were the top brass in the army)

Result - Partition, an eventual Republic to the South which had nothing to do with the Crown or Empire and a confessional state that served as a cultural and religious focal point for Northern Ireland's Catholics.

Objective - Keep the taigs down

Worst case scenario - That there would be some form of equality in Northern Ireland for the non-property owning class. Catholics (and other "undesirables") would have have the vote.

Attitude - "not an inch"

Result - A deadly mix of nationalism (British and Irish), socialism, religious based agitation and heavy drinking on a Friday night leads to almost civil war. Then the army come in to (sort of) save the Catholics. Then the Catholics start shooting them. Although the prods have the first crack at it. etc etc. Not to mention the fact that Catholics (and other "undesirables") received the right to vote.

Attitude - "not an inch"

Result - 25+ years of chaos, an exodus in educated Protestants. And Power sharing with the 'IRA'.

Objective - Oppose the implementation of the agreement

Result - Maggie tells everyone to get bent. Paisley achieves nothing. As usual.

Objective - March down the Garvaghy road


BELFAST CITY HALL AND THE 'FLEG'

I think we get the idea and the total returns on that strategy.

So, let's apply this thinking to the following problems for Unionism:

Likely Unionist response - No Surrender and a complete cluster f*ck

2/ Unacceptability of the GAA to Unionists

Well, it's a toss up between manning-the-f*ck-up and joining it, enduring pain for a few years and ultimately changing it or doing ABSOLUTELY NOTHING.

Likely Unionist response - No Surrender and nothing changed at all. As usual.

8/ THINKING THAT EVERY CATHOLIC IS A 'PROVO'

They're not. How much proof do you need?


Let's look at some Non-Provo Catholics: 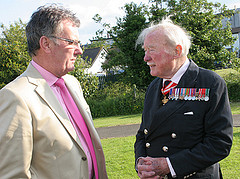 The man has more metal than an Iron Maiden concert

This is a battle that can't be won.

Why? well, a bunch of pesky, smart, intelligent and influential Unionists already stuck their nose into this arena.

They declared over 100 years ago that they were Irish.

Yes, Irishmen in favour of the UK.

Not 'British men in Ireland' in favour of the UK

You can be Irish and British. It is almost impossible to be just 'British'.

Putting them up everywhere intimidates people, scares others and draws battle lines.
The Unionist battle lines are ever-shrinking.
This is a luxury they can no longer afford.

Plus they sometimes contradict each other;
On the same lamp post one can sometimes see an Ulster flag (redundant), a Union Flag and an independence flag.

NOTE: If you fly an independence flag it shows that you are not happy with the Union. And are probably not a Unionist. Sort it out please.