"On his time as Minister for Culture, Arts and Leisure he (Poots) told me that his greatest achievement was ‘burying the Irish language act’ as he believes there was ‘precious little demand for outside of republican circles’... " - David McCann's interview with Edwin Poots on Slugger O'Toole


Despite all the time I waste on forums and blogs listening to the same old thing some people are convinced that I haven't heard every argument regarding the controversial topic of the public use of the Irish language by republicans and the damage this does for the language's prospects in Northern Ireland.

So, with that in mind I'll address all of the non-convincing arguments that I've heard over the years and stick them here, as a reference of sorts. 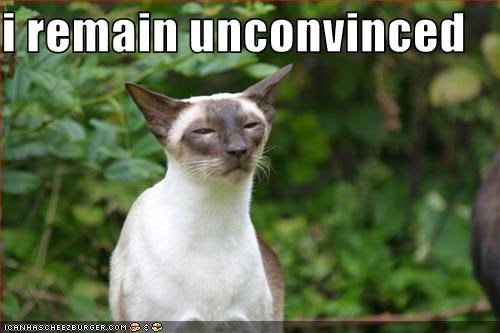 As things stand now most unionists/Protestants see a strong association between the Irish language and republicanism, especially Sinn Fein and the IRA.

There's no point in denying this cos that's the way it is at the moment.

1/  UNIONISTS REJECTED THE IRISH LANGUAGE BEFORE THE IRA KICKED OFF

This is true to an extent, mainly as a response to Catholic Irish nationalism BUT it is also a straw man argument ( http://en.wikipedia.org/wiki/Straw_man ).

In this case, while it is true that unionism went cold on Gaelic a long time ago this point simply ignores the original claim which  is that nowadays most Protestants/unionists feel it is linked with republicanism.
This is where we are now.

These are two different points.

The fact that unionism let go of its Irish heritage following partition is a separate topic altogether from the argument of association, in this case the association between SF (republicans) and Irish.

And if you think there are no grounds for claiming association then please glance through the following few choice photos: 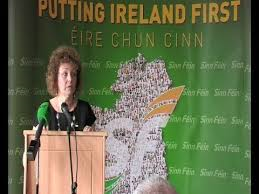 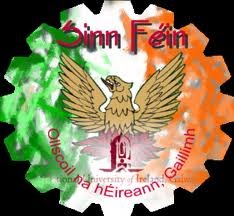 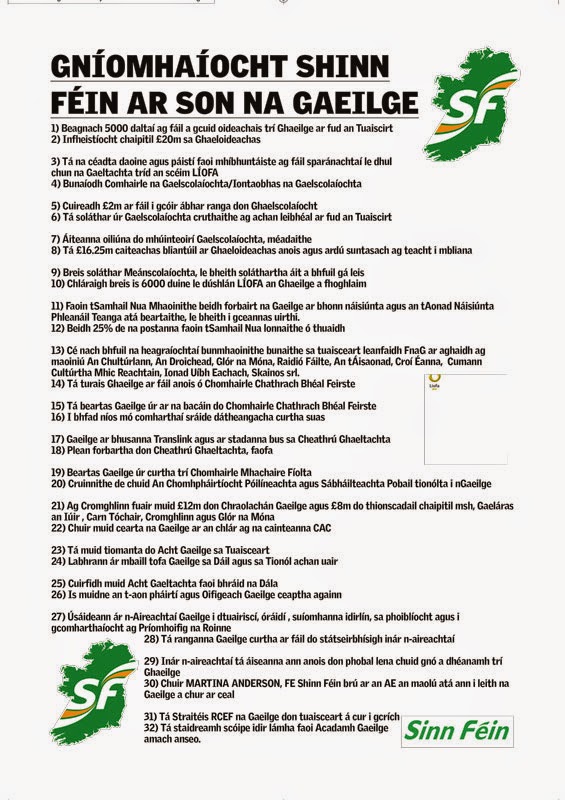 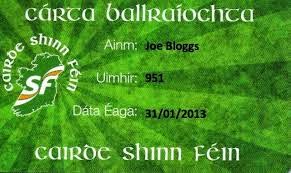 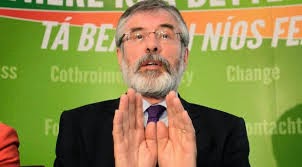 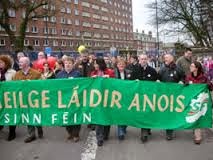 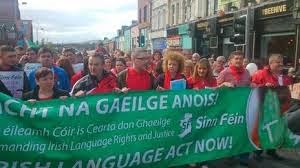 Took a wee while didn't it?

So, it's not unfair to say that there a perception of a link between the Irish language and SF/republicanism.

The only people who could claim otherwise would be Robert Shapiro (OJ Simpson's lawyer) or people suffering from delusion.


2/ THERE'S NOT A SIMILAR PROBLEM IN SCOTLAND WITH GAELIC

Thankfully there is not.

In Scotland the majority of Gaelic speakers are Protestants, mainly Presbyterians in fact.

In addition, no terrorist group or significant political party in Scotland has used Gaelic in the way or to the extent that some groups in Ireland have.

So the comparison is a duff one, it simply doesn't compare.

Well hats off to them then.

Keeping a language alive is a commendable feat.

Equally commendable is the ability to admit that the survival stage is over and that the 'expansion' stage should begin.

In the business world it is common enough to find company founders who will step aside once the company has hit a certain level e.g. Richard Branson.

Why? Because they understand that certain stages of a company's growth requires certain skills and outlooks.

Why is it beyond question that SF's stewardship is absolutely what is necessary for the next stage of the language's development?

We are at a stage where there is a small awakening amongst some Protestants and unionists regarding their Gaelic history and where an Irish Language Act is the aspiration of many people in the land.

Given that many unionist politicians have an axe to grind with SF then surely the development of the language is hampered by its association with SF i.e. unionists use it as a stick to beat SF with?

So, the language is held back on this account.

Perhaps it's time to take the stabilisers off and let the language progress to the next stage?

If beating the language down because it is seen as a republican thing is something unionists like to do then it will be very difficult to advance the interests of the language, ergo does it not make sense to break this association for the good of the language?

Anyone who can cause a mass conversion of a group of people with a simple act should consider a career in either marketing or televangelism.

A more realistic way of looking at it will be that slowly but surely the language will lose some of its tainted features and gradually become more acceptable to people within the Protestant community who may have been a bit 'iffy' about the language beforehand.

And with such a change comes the advancement of the language within our society.

To bemoan the idea that SF drop the language on a Monday and that Carrickfergus is not then speaking Irish on a Wednesday is a very weak foundation for an argument.

That argument is like singling out a hot girl in McDonald's or KFC and saying "look! She's eating fast food and she's not fat so obviously fast food doesn't make you fat!!!!". (You know it...).

(Incidentally, I did a Google search for 'beautiful people McDonalds' but couldn't find any, the picture below is the best I could manage)

6/ UNIONISTS HAVE BEEN VERY HOSTILE TO IRISH SINCE PARTITION

Yes they have, but again that ignores the modern assertion that it is now viewed as a republican thing (thanks in part to unionism's abandonment of the language).

Also, it ignores the previous point that there is evidently some appetite for unionist acquaintance with the language (and you know there is).

7/ IRISH IS A LANGUAGE FOR EVERYONE

8/ REPUBLICANS HAVE THE RIGHT TO SPEAK THEIR NATIVE LANGUAGE

Yes they do and every time they do they reinforce the perception that it is a republican thing. Simples.

No one is saying that they CAN'T, what is being highlighted is that IF their public (NOTE: NOT private) use of Gaelic is detrimental to their goals regarding the language then surely this public use should be examined?

I recently applied the same logic to the Orange Order's parade in Edinburgh in support of the 'No' campaign,        ( http://amgobsmacked.blogspot.com.au/2014/09/better-together-homer-simpson-style.html ) as in yes they had the RIGHT to march but if it was potentially detrimental to their objective (in this case galvanising support for the No campaign) then what is the point?

Why shoot yourself in the feet with which you march?

Similarly why would republicans shoot themselves in the mouths with which they use to speak Irish?

It makes no sense, it is pride and stubbornness above objectivity and pragmatism.


Now, speaking of the Orange Order, irrationality and the Irish language please recall this jaw dropping episode from one of their senior (Christ!) representatives:


In fairness to him though, in between all the nonsense please pay attention to 1:33.

He's highlighting how one of his predecessors Dr Ruteledge Kane was Arran Irish speaker who would recite the minutes in Irish (not sure which Arran though...).


Now, as much as I was face palming for most of this interview that is still an interesting point; he accepts the place of Irish within the Order's history but now sees it as "political"

Now, can anyone tell me of any political groups that use the Irish language in a very overt and public manner?


And staying with the 'Orange' theme, that brings me to the next topic: 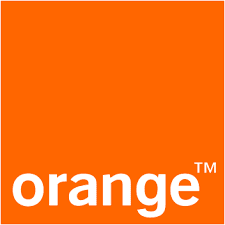 ASSOCIATION IN THE MIND

One of the things that the mobile phone provider Orange had to consider back in the time of the mobile phone network's infancy was the negative connotations of its name in Northern Ireland:

They had to give real consideration to the notion that there were/are negative connotations between the word 'orange' in Northern Ireland and 'shenanigans' (to say the least).

The fact that a multi million pound operation took this seriously should cause you to think about the importance of negative association.

This was not lost on NTL or Tennents, two sponsors of the Old Firm. 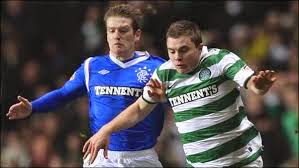 They took it upon themselves to sponsor BOTH Old Firm teams rather than just one was it was feared that they'd lose more customers than they would attract (and anecdoatally speaking I know at least one die-hard Celtic fan who would never touch McEwan's Lager (and not just because it tastes like rotting asses ass) and another who stopped drinking 'Oranjeboom' beer because of its association with the House of Orange).

Maybe Magners will do OK now that they've went alone with their Celtic sponsorship but it's difficult to imagine that it won't be poured down the sink of many Rangers orientated pubs around the islands.
https://www.google.com.au/url?sa=t&rct=j&q=&esrc=s&source=web&cd=2&cad=rja&uact=8&ved=0CCQQFjAB&url=https%3A%2F%2Fwww.facebook.com%2Fwww.therangers.co.uk%2Fposts%2F580759048604402&ei=3ZAsVOP9Ks-uogSYsYLICg&usg=AFQjCNHC65MR_KCwgct1VGKFNxpvmZKngA&sig2=D4uO3zLug_WRTDWu8hN7ag&bvm=bv.76477589,d.cGU

(NOTE: This is copied over from a LAD blog http://loyalistsagainstdemocracy.blogspot.com.au/2014/04/what-nationalism-doesnt-get-or-maybe.html   )

"People say it's daft that a language can be a thing of offence but it's not unique to Ireland.

Look east and in the eastern Croatian town of Vukovar there is a similar controversy.

Vukovar was smashed up by in the wars that followed the fall of Yugoslavia.


Now the Serbian residents wish to promote their identity and culture by means of erecting signs written in Serbian Cyrillic.

On one hand, fair enough.

They live there, have lived there for centuries so why not promote their culture?

On the other hand, it evokes painful memories to the resident Croats who were traumatised by the fall of their city and its destruction.

Many see it as a politically crafted 'get it up themuns'.


Every time republicans use Irish in their literature, marches and interviews the same view is pinned on the Irish language.

I think this is unfair but it is also how things are.

If we want Irish to belong to all Irish people then there is definitely room for a very frank discussion and examination of Irish as it is handled now."

So, I think it's safe to say that a language and even the script of a language can be politicised.

9/ NOT EVERYONE APPROVES OF REPUBLICANS USING THE LANGUAGE IN THIS FASHION.

I would hope not.

If you are an Irish language enthusiast and concerned for the well being of the language and its development and are perhaps embarassed or angry or frustrated by the language's use by political figures then you're going to have to make your voice heard.

Email figures, tweet them or even write them a letter, there's nowt to be gained by holding your tongue.


Knowing what we know about people up north, the way things are perceived and the ambitions of many people who would like to see some sort of progress regarding the Irish language is it not safe to say that republicans should (publicly) leave the language alone and give it some breathing space?

The survival stage is over, the expansion stage comes next. 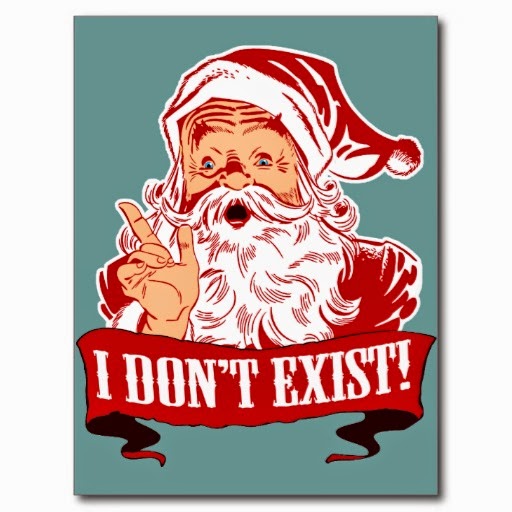 PS I'm not saying that they should refrain from defending the language altogether: