As expected, the annual big day of marching secured its fair share of newspaper space, blogging time and news coverage.


Every year it’s the same arguments and positions though sometimes the buzzwords are replaced e.g. in the 90’s it was ‘civil and religious liberty’ and ‘unionist intransigence’ and now it’s ‘shared space’, ‘equality’ and ‘tolerance’.


One thing that doesn’t change is the predictable nature of pan-unionist response whenever Sinn Fein is believed to be behind something.


I understand the antipathy many unionists have to the Shinners, I’m no fan of them myself (ask any nationalist blogger on Slugger O’Toole).


What I don’t get is why unionism nearly always feeds SF PR & political points.


I mean really, if I had a nemesis I’d do my best to make sure that he/she does not benefit from my actions. Surely that’s the point of having a nemesis?? 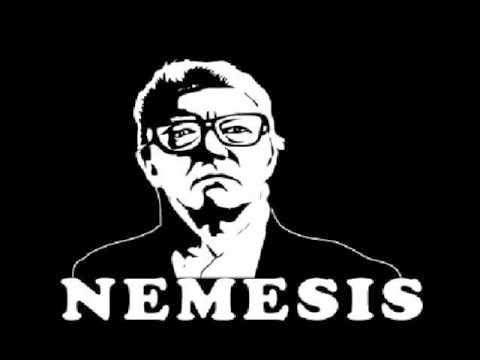 With that in mind, let us assume for argument’s sake that all of unionism hates SF as much as Willie Frazer.

Let us now apply this scenario to some of the more questionable positions of unionism and see if it is GOOD or BAD for SF. (Sorry, it might seem like SF overkill but this is angled at the SF paranoia that is prevalent throughout unionism) 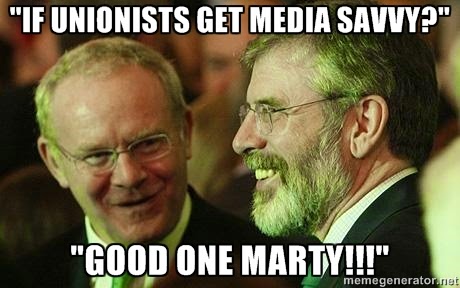 UNIONIST COUNCILS AND FLYING THE FLAG 365


In some, not all unionist controlled councils, they go against the UK norm and fly the Union flag all year round.


This could be because of immense pride or defiance or habit or simply to get it up themuns.


BAD FOR SF: Unless there are some SF councillors having their noses put out of joint by this flying then this is of no apparent detriment to that party


GOOD FOR SF: Well, as has been articulated repeatedly during City Hall’s Fleggergeddon the obsessive flying of the Union Flag is seen by some people as a 2 fingered salute. A constant reminder of who’s in charge of the turf.


With this is mind, if you were to place a 50 quid bet on the following horsies, which would be your favourite to win:


Horsie 1: Middle of the road types from a nationalist background who may not bear any particular ill-will to the Union Flag are nonetheless pushed away from the unionist family on account of the ‘in your face’ nature of flying the flag unceasingly


Horsie 2: Middle of the road types from a nationalist background would feel an INCREASED sense of ‘loyalty’ to the UK on account of seeing the British tri-cross flying every day, in addition to the hundreds of other flags flapping from lamp posts.


If you think it is horsie No.1, then you believe that this overtly pro-union stance is ironically damaging to the union in that it drives away potential pro-union voters.


If you vote for horsie No.2 then might I recommend that you never set foot in a casino or race track in your life.


So in my humble opinion, I would label the insistence of flying the flag 365 as free points to SF. From their point of view, the less people who see the Union in a favourable light the better.


UNIONIST COUNCILS AND FLYING THE FLAG ON DESIGNATED DAYS


At least one unionist controlled council flies the Union Flag on designated days.


GOOD FOR SF: They can still press the ‘equality’ button with regards to arguing that the tricolour should fly alongside it (FYI, this matter is soon forgotten about if one counter-proposes the 3 flag compromise http://amgobsmacked.blogspot.com.au/2013/11/three-flags-real-compromise.html  )


BAD FOR SF: If all unionist councils fly the flag on designated days they would then have some moral ground to demand similarly of nationalist controlled councils. SF does not like that idea. Not a jot.


A few measures could make a big difference to fence sitters who would be tempted to go to a game or wish NI all the best:


1/ Drop GSTQ. It’s the NATIONAL anthem, not the regional anthem. End of.


3/ A new stadium. Windsor is hardly the most welcoming area for people who aren’t of the unionist persuasion, is it?


GOOD FOR SF: Making Northern Ireland in any shape of form appealing to people of a nationalist background is the stuff of SF nightmares. It has to be presented as an illegitimate statelet born of oppression at all costs. Keeping the Ulster flag, GSTQ and Windsor Park makes this task much easier as they hold no appeal for many people of a Catholic background


BAD FOR SF: It’s not. Making it difficult to support NI is a gift to SF. (Hint: hence their opposition to a new flag for NI during the Haass talks) 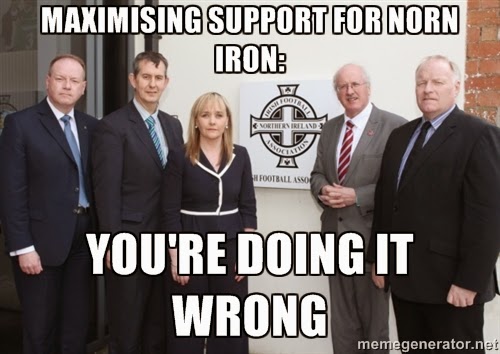 
1/As long as unionist politicians tolerate aspects of terrorism then the easier it is for people overlook SF’s terror connections and history, if there is no one on the moral high ground then there’s no one to look up to.


2/ Such tolerance to said list can be exposed on camera for all the world to see e.g. terrorist banners at band parades or paramilitary murals. A great help in the PR war.


4/ It makes unionism even more of a cold house for Catholics orpeople who dislike terrorism and sectarianism. The less unionist converts the better as far as a united Ireland is concerned.


BAD FOR SF: It’s not. As long as unionists tolerate this sort of thing it’s money for jam as far as SF and PR are concerned (though obviously not for people who are subjected to such intimidation).


BAD FOR SF: It’s not. If unionists didn’t blindly support all controversial marches then SF would have to work hard to make something else controversial (NOTE: I’m just for sake of argument taking it as a given that this is the case, otherwise someone will pull out the old Athboy conspiracy card and derail the whole thing).


GOOD FOR SF: Does anyone remember the amount of PR and votes SF gained in the mid late 90’s from Drumcree? What does that tell you? Controversial parades and mayhem are manna from above as far as SF are concerned.


Do you remember the red face SF received from the SpAd Bill controversy? Neither do I as shortly after marching season appeared on the scene and all was forgotten.

And on the topic of flags, SF have played a blinder on this front: http://www.bbc.com/news/uk-northern-ireland-28479010 (Hat's off, credit where credit is due).


REINFORCING THE CONNECTION BETWEEN ‘PROTESTANT’ AND UNIONIST

BAD FOR SF: It ‘may’ cause them to lose a few potential Protestant voters, but…


GOOD FOR SF: The Catholic population is on the increase and the Protestant population on the decrease. Do the math people 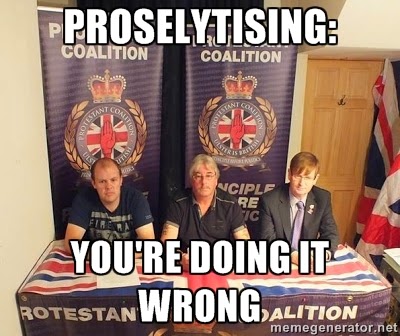 
Now, if one’s raison d’etre or main priority is to ‘smash SF’ then it’s harder to imagine a more flawed strategy short of Willie Frazer or Mike Nesbitt actively canvasing for SF door-to-door.


The short comings of all of the above stances are evident to all.


But remember, if you point this out to any one from the tribe then you’re a Lundy, a pseudo-liberal (whatever that is) or a communist.


Well maybe not a communist, but you might as well be, pinko.

I’m well aware of the myriad of responses and rebuttals that fly from some unionist quarters when these points are highlighted. But many of these rebuttals revolve around feelings and the heart as opposed to pragmatism and the head.


Yes, I understand the unwillingness to change as it might be perceived as a ‘surrender’.

Worse still, if the memory of the IRA’s campaign is sufficient to make unionism hand points and votes to SF, well, surely that would be an argument for the justification for the IRA’s campaign? That they are rewarded by their actions of decades ago because unionism is so scarred from the campaign that it constantly makes all the wrong moves?


Not a nice thought.

Jamie Bryson‏@JamieBrysonCPNI
Parades commission treatment of Protestants in Downpatrick is akin to how Hitler treated the Jews.
11:47 AM - 4 Aug 2014

Jamie B: If this is the future of unionism then cash in your Euros now...


Is it possible that a streamlined unionism that tackles the shambolic loyalist underbelly and which is free from Orange intervention could be equally destabilising for nationalism?


To be honest, there’s only one way to find out.


And if it doesn't work, well, we can always go back to the current way of doings things.
Posted by Am Ghobsmacht at 00:54