This is a pruned version of an earlier gargantuan rant:    http://amgobsmacked.blogspot.com.au/2013/07/ulster-scot-or-simply-ulster-protestant.html

So, without further ado


Recently I've been a tad foamy-mouthed with regards to the politicisation of the Irish language in Northern Ireland.

I've been huffing and puffing about it on LAD, Slugger O'Toole and Dr Jude Collins' website:

Then NI21 came in with their Irish language election billboard posters.

Then someone mentioned "what about Ulster Scots?!"

What about it indeed?


Ulster Scots; only for Ulster Prods?


With regards to Ulster-Scots, I consider it equally (if not more so) politicised.

Indeed, some politicans give the impression that it's a unionist only club.

This may be unfair perhaps, but perceptions matter in Northern Ireland.

And the Ulster Scots agency don't seem to care much for the Gaelic aspect of Scottish culture (language or games; too similar to 'themuns' perhaps?)

(I have emailed them to ask them. Still waiting for a reply....)

Removing the undesirable elements of Gaelic culture from a cultural preservation movement must take an impressive amount of effort?

The word 'Scot' actually means 'Gael' (it comes from the Latin term for Gaelic raiders).

Yet Gaelic elements of Scottish culture are surgically removed from the potential range of delights that could be offered (apart from Highland dancing, though presumably it's sufficiently removed from the modern forms of Irish dancing, itself given a nationalistic makeover a century ago by a group similarly given to cultural control, the Gaelic League).

Not only that, but the Ulster Scots Agency is not above working with groups with a less than squeaky clean image in the furtherance of such an engineered culture. Observe:


From the outset, not so bad.

A flute band hosting a fiddler and a piper (albiet a band that seemingly wants independence for Northern Ireland?)

In fact, I think it's pretty cool actually.

Flute bands are quite important to many young Protestants in NI.

If they give something the 'thumbs up' then it can have a sycophantic ripple effect, a validation that something is 'cool'.

So good, piping and fiddling may have just got the thumbs up.

William Campbell, the focal point of their fb page was a member of the UDA.

Now, as much as Dunaghy might be helping out on the cool factor of fiddles and pipes it is nonetheless difficult to see why they should escape criticism for their hero worship of a paramilitary member.

The Dungiven GAA club named after INLA man Kevin Lynch comes in for (deservedly so, in my opinion) criticism for their use of his name.

Is it really that 'inclusive'?

The nationalist areas of rural Antrim would have a mighty claim to the use of Ulster Scots as a language.

Many would also have a strong claim to Scottish ancestry, for example, the following Scottish derived names are common throughout the nationalist communities of rural Antrim:

Yet ('official') Ulster Scots culture has little influence in these areas.

That's no reason to make the idea unpalatable to people of a nationalist background though, is it?

I personally think a culture that could claim the aspects of Ulster Scots, Irish Gaelic AND Scottish Gaelic cultures would be a mighty culture indeed.

Why have just either Irish or Scottish dancing when you could have both (and a hybrid to boot?).

Why stick to just Scots, Sligo or Slieve Luchra versions of fiddling when we could blend them? (Though I'm sure many do).

Surely GAA clubs could benefit from the addition of Camanachd/Shinty?

Is there not room for Scottish Gaelic and Antrim Gaelic?
They overlap quite a bit (identically in some cases e.g. Arran Gaelic) and it could help to take the political sting out of Gaelic.

But like most things in NI, it's a case of 'this is for themuns and this is for oursuns...'


At the moment it appears to be like some sort of cultural carve up, with cultural aspects swapped like Trump cards.


* They did, once upon a time
** They do, but only if it's deemed different enough from themuns (or maybe vice versa?)
*** Apart from the Red Hand of Ulster and Cuchulainn
**** They do in rural Antrim, they just don't bang on about it


So, on one hand, we have the Scots who are a mix of Picts, Britons, Gaels, Angles, Norse, and Anglo-Normans.

On the above table, they match up seven times out of a possible nine with Irish culture (eight if you include reluctant Hamely Tongue speakers).

Modern Irish society (ignoring the recent immigration for the sake of argument) owes its history to Gaels, Norse, Scots and Anglo Normans.

Then we compare them to the the 'hybrid' group who are logically descended from ALL of the above groups and have shared the cultural wealth of both groups.

Out of a possible nine they overlap with 'themuns' ONCE. (Again, nationalist Hamely Tongue speakers notwithstanding)

That number would increase to EIGHT times had this (hastily improvised and possibly biased) table been about a century ago.

That is to say, before the cultural carve-up

It compares to the Scottish column a little bit more favourably, a whopping three out of nine but again, wind back the clocks a century and it would be nine out of nine.

So it seems that Ulster-Scots culture serves as a curious wall between two very similar cultures. 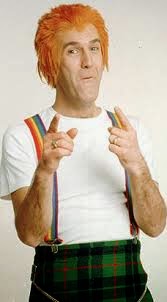 Before anyone thinks I'm on some sort of social engineering rampage, let us just remember that Irish, Ulster-Scots and Scottish cultures have went through various face lifts before:

Scottish - The modern kilt owes its current look to a number of people, including Sir Walter Scott, an English sawmill owner and two Polish lads who wanted to cash in on a Royal visit to Edinburgh.

Ulster Scots - Once upon a time it was just a dialect that people in north east Ireland spoke. Now it appears to be a tribe of its own that is quite particular about membership.


Don't get me wrong, some aspects of this Ulster Scots revival are fantastic.
It's brought folk music back to some Protestant communities and helped to redress the post-partition imbalance regarding the perception of folk music as something for 'themuns'.

My fear is though that it will galvanise itself as a Gaelic-free tribe.

Shinty, Scottish & Antrim Gaelic, dancing, Gallowglass heritage and much more besides, they're all up for grabs and 'Ulster's' culture could stand to benefit greatly.

And I do mean ULSTER; Donegal, Cavan and Monaghan should be invited to join the party too. 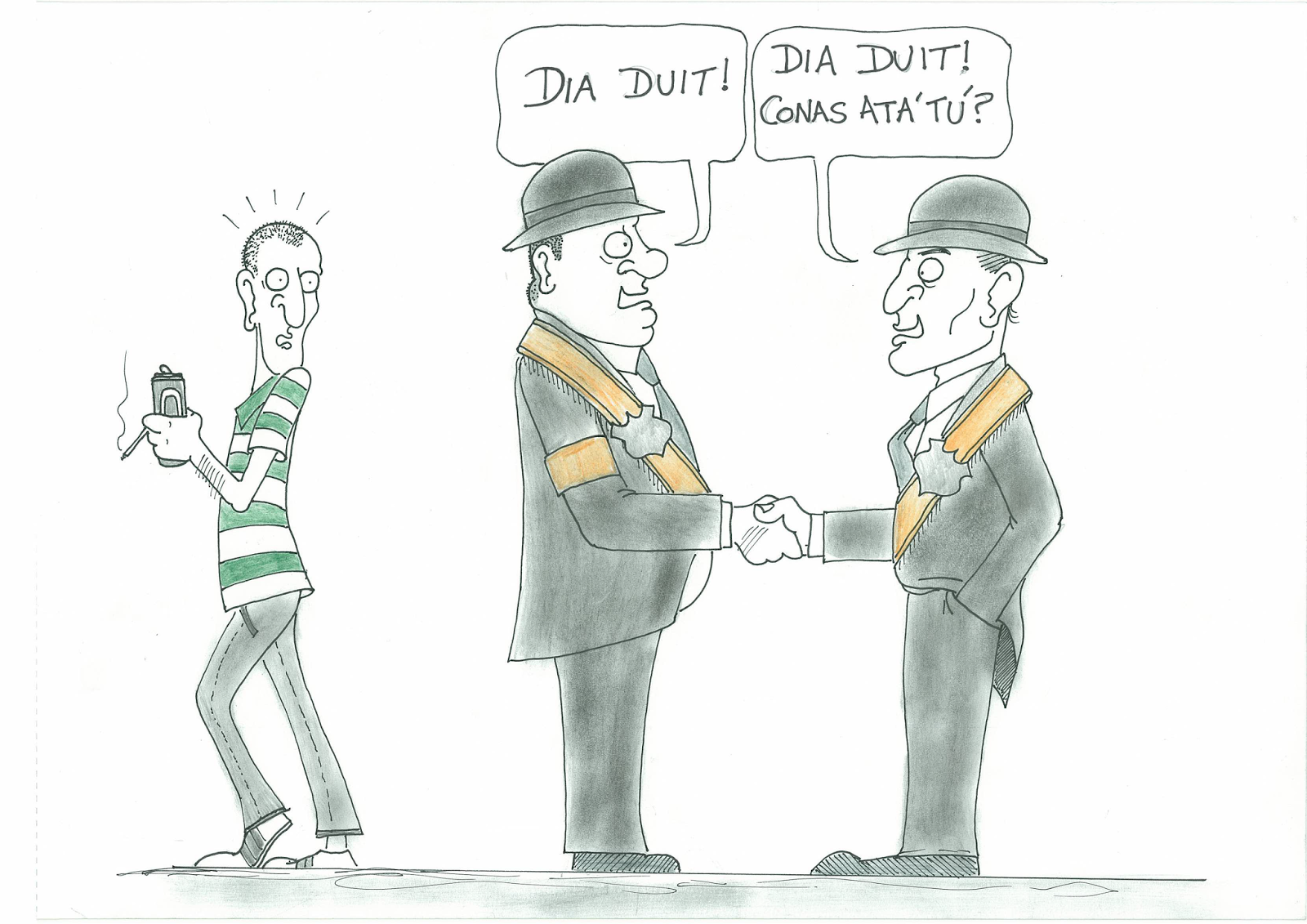 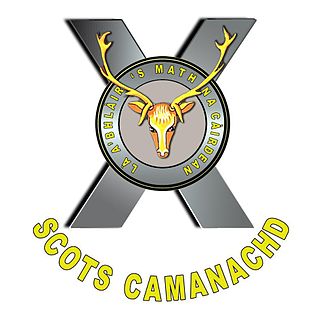 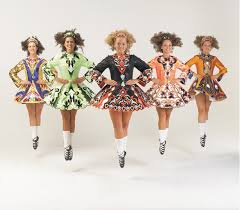 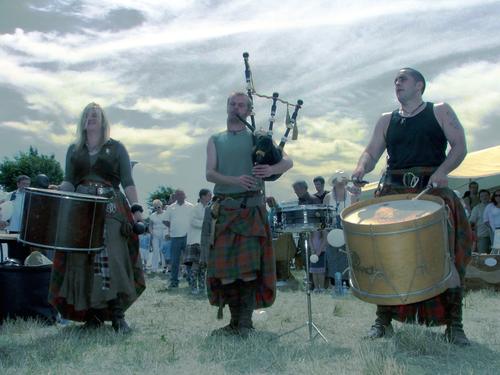 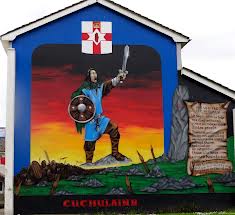 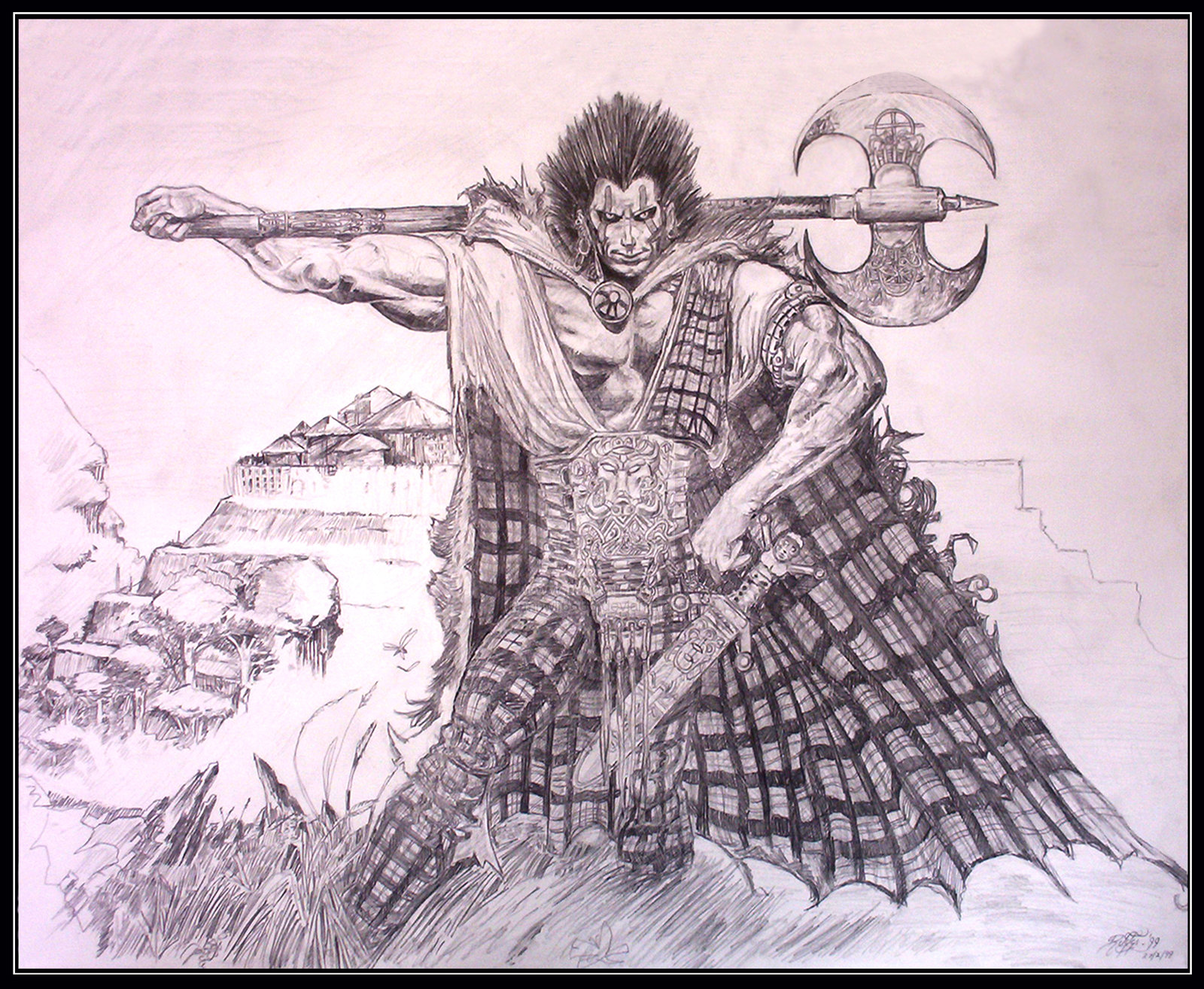 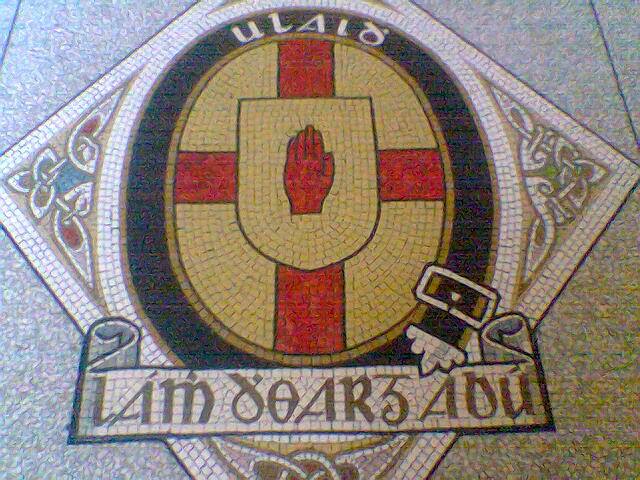 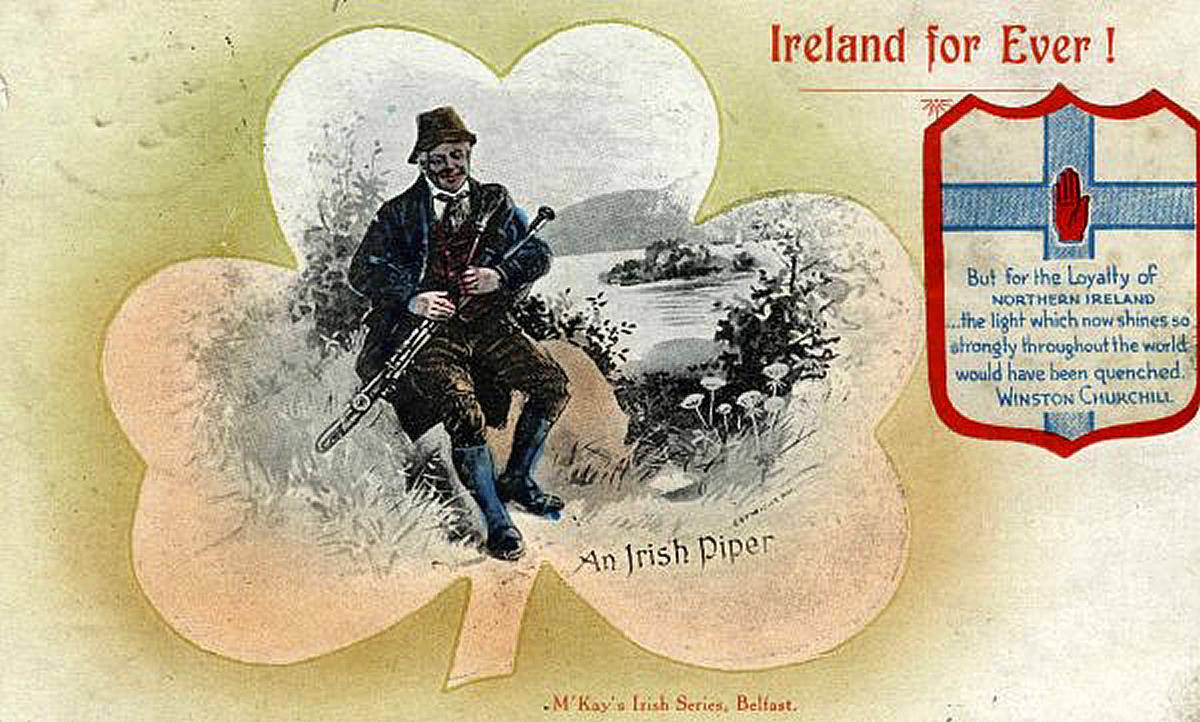 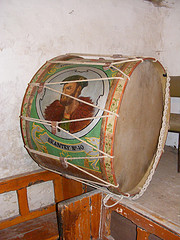 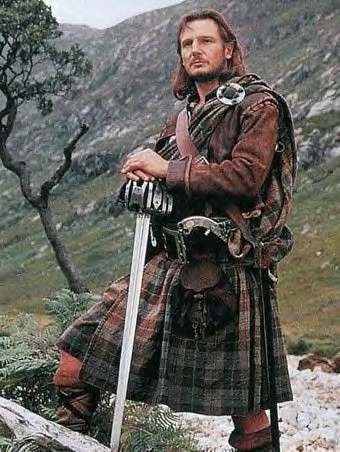 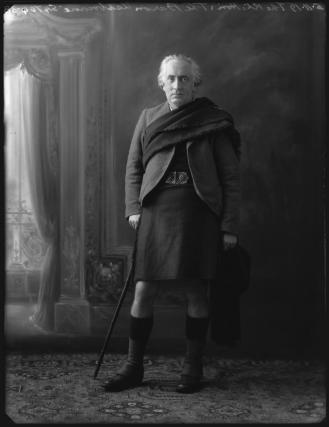 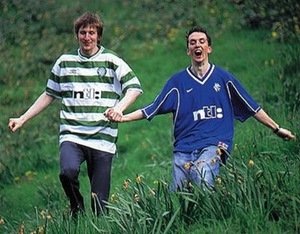 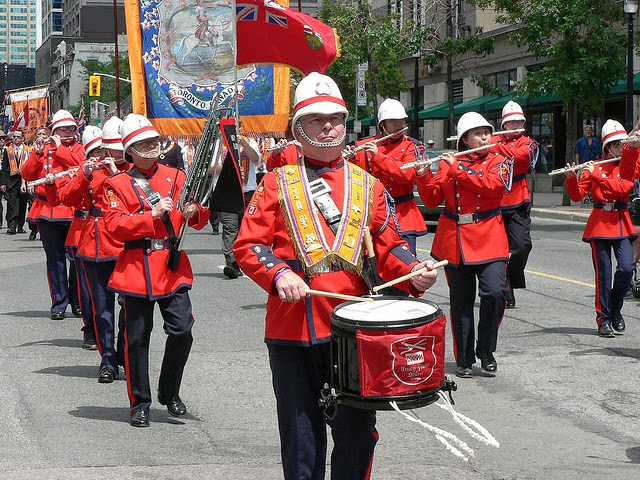 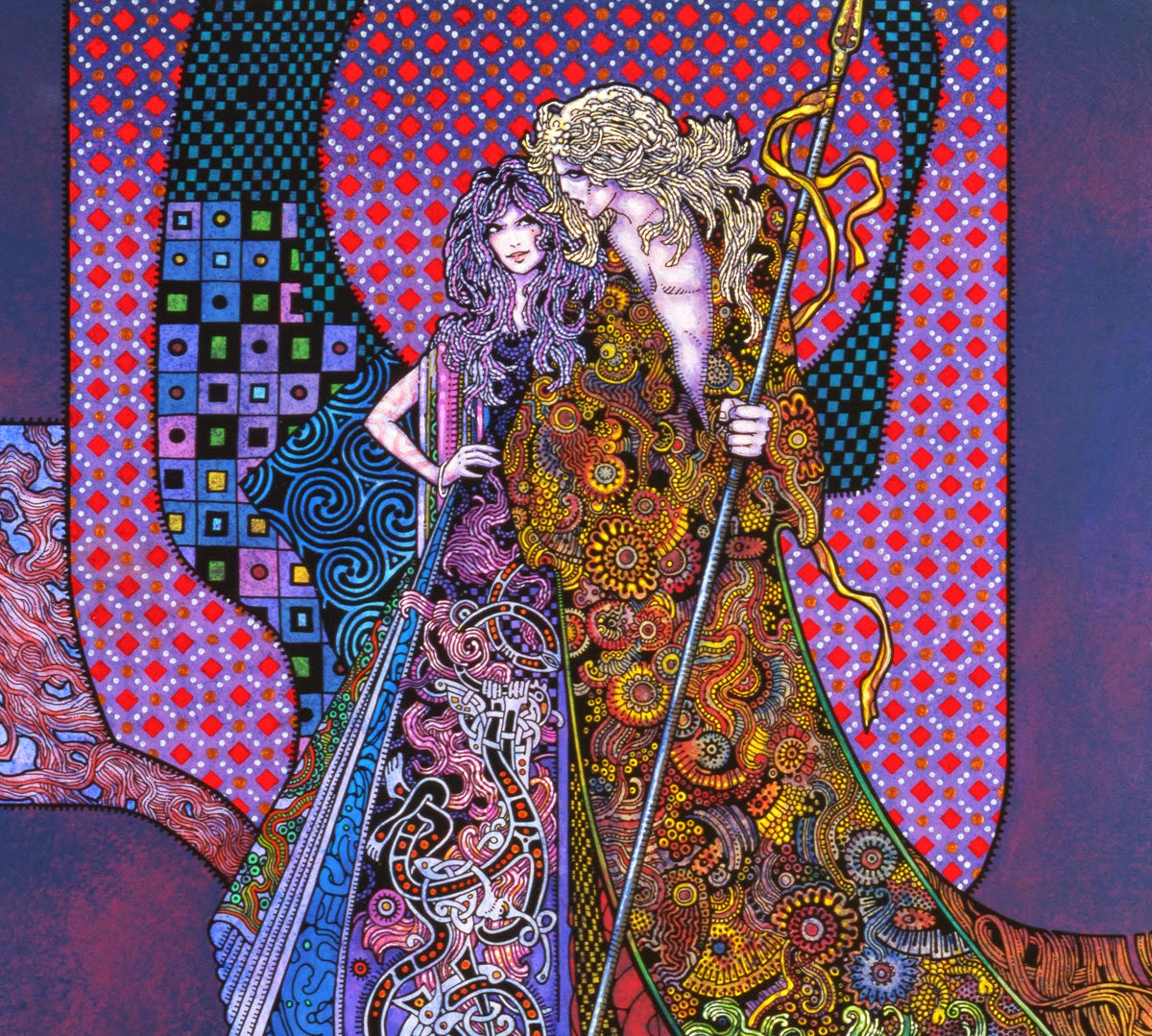 Why not just have it all?

(Joking about Jedward, just wanted to see if you were still paying attention)