This is pretty much a rehash of an earlier blog, only without the ‘frilly bits’.


Those who have stumbled across my rants over on Sluggerotoole.com may well think me obsessed on the topic of flegs.


Though, to be fair, many people from NI are guilty of this too methinks.


The hot potato of the year is of course the Union Flag flying (or not flying) from Belfast city hall.


After a year of reading the contributions, points and feelings of nationalist and republican commentators on Sluggerotoole, I have to say that I’ve come to see things differently than before.


I now (belatedly) accept their grievances about not feeling represented in their own city or land given that they have little or no affection for the Union Flag.


So, in the interests of keeping the peace, live & let live, equality and even letsgetalongerism I admit that this imbalance needs to be addressed.


As long as ‘equality’ isn’t something that can be surgically altered to fit a particular agenda.


I think everyone should be represented.


I also agree that we want the communities to have more respect for each other.


Which is why I can’t agree to the idea of flying the Tricolour and the Union Flag side by side.


It is too divisive.


Optimists may view it as progress, as a sign of two communities finally coming to terms with each other.


I view it as potentially toxic.


It says to me (and I’m a wishy washy middle of the road liberal) “CHOOSE!”. 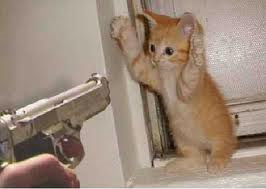 There are those with the strength of character and integrity to see the very best aspects of this solution but there are many more who don’t.


And I’m not even talking about the likes of Willie Frazer or Jamie Bryson.


For decades we’ve seen these flags used as territorial markers.


For decades we’ve come to see the flags in terms of ‘themuns and oursuns’.


The hullaballoo surrounding last year’s flegger-geddon only compounded this.


Simply put, having the two flags flying alongside each other will simply be viewed as a constant declaration of “this one is for us lot and that one is for themuns”.


Hardly the stuff to heal wounds or allay suspicions and paranoia.


Also, it goes without saying that many unionists will view it as another ‘victory’ for Republicanism.


Which is why (predictably) I still stand by my proposal for flying three flags instead of one or two;
1/ The Tricolour (for nationalists and republicans)
2/ The Union Flag (for 'bothered' unionists and 'British nationalists')
3/ A new Northern Ireland flag (for everyone who falls somewhere in between the two aforementioned poles)


I’ve aired this on Slugger a few times to test the water and whilst it hasn’t been taken into the bosom of many it has (more importantly) been neither convincingly mauled nor shot down, which, in slugger terms, I consider to be a victory.


There are many articulate people on there and I have been influenced by their arguments and points.


So for the notion to survive (or in one case actually be endorsed by a republican) is for me very encouraging.


The only attack on the proposal was an articulately dressed-up version of the ‘themuns have two flegs’ argument.


I acknowledged this potential argument when I proposed the scheme.


I also acknowledged that an equal amount of indignation would surface in the other camp at the very notion of a ‘foreign’ flag flying from city hall.


You might not particularly like the final result but you’re better off than before, in this particular case:
1/ Republicans and nationalists will have their flag flying and will thus be represented
2/ Unionists & British nationalists will have their flag flying (which is currently not the case in many nationalist council areas).
3/ Northern Irelanders, middle-of-the-roaders and such like will now have a flag to call their own and will be relieved at not being pigeonholed into either of the other two camps.


If you perceive your objective to be soured because ‘themuns’ have also got something out of the compromise then perhaps you should take stock of yourself and decide whether you really do want to live in proper peace or do you actually want peace only at the expense of others?


Having a third flag, a Northern Ireland flag, will potentially fill the void for those who aren’t particularly enthralled at the idea of either the Tricolour or Union Flag.


Growing apathy is an oft mentioned state of affairs in NI. 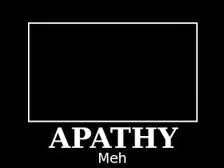 Many people just don’t have strong feelings of affection for the two main flags given how much they’ve been debased over the decades by hardliners on either side.


So to have such a binary choice available is rather a rather galling prospect for many people.


A new Northern Ireland flag will give them something to opt for (if they want to, keeping in mind the apathetic aspect mentioned before…)


To use the argument of equality is to advocate this position by default.


They go hand in hand.


It cannot be simply used for the Tricolour and then immediately dumped because other people want to be represented too.


If one wishes to further the cause of equality then that opens the door to a Northern Ireland flag for those who find themselves somewhere in the middle of the opposing (?) Irish & British stances.


No ifs, no buts, if it’s in the name of equality then others have the right to be represented too, not just the two ‘main’ groups. 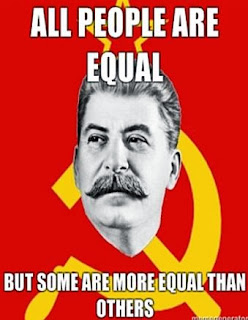 These objectives have been stated too many times for any fickle back-peddling:
“Sinn Féin wants to see a City Hall that is inclusive and welcoming to every citizen and every tradition"


If we want equality then it must be real equality, not another demarcation point to further divide people.


Not a great deal to ask.


AFTERTHOUGHT:
The thought occurs that in order to get around this pesky inconvenience there will undoubtedly be an attempt to move the goalposts .
I’d be curious to see which tactic will be employed, will it be redefine ‘equality’ or deny the existence of the ‘Northern Irish’ or even playing with statistics. 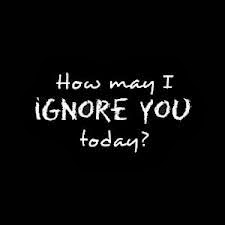 If the idea ever gains traction it’ll be interesting to see what angle the naysayers will take. Watch this space folks.
Posted by Am Ghobsmacht at 16:51