Petitions: Worth a Shot.

After a year of horror which gave to Northern Ireland various spectres including Loyalist violence, attacks on security forces, the ascent of Jamie Bryson & Willie Frazer, fleg protests and the formation of the Protestant Coalition amongst other set backs one would be sorely tempted to give up on Northern Ireland and to just stand back whilst Unionism attempts to free its feet from the quick sand by using its hands and to then free said hands from the quick sand by using its face.

Welcome additions to the scene include NI21 and Loyalists Against Democracy, two groups which show that not everyone in Northern Ireland is completely out of their tribal minds.

These latter two were forced into existence by the narrow mindedness of others leaving them feeling that they could stand idly by no more and that they must 'do something'. 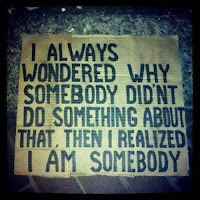 Your narrator wishes to 'do something' too, event if it is of no real consequence.

As man of no influence there is very little your humble narrator can do except drop in the odd unwanted fact now and again as well as suggesting the occasional crazy plan or unworkable notion.

To this end, your narrator wishes to give a helping hand to a few topics doing the continual rounds at the moment.

There is much hullaballoo over on planet Newsletter and various knickers have been worked into various twists:

Meanwhile, over at Slugger things got a bit lively on matters related to the IFA, their appointments and Windsor Park:

As usual, instead of seeing much needed changes as a step in the right direction the proposals to have a regional anthem for NI and to have a new stadium away from Windsor Park have been pretty much dismissed as a sop to 'tha fenians' and as 'chippin away at are Britishness'.

'Northern Irishness' is given secondary consideration yet again.


So, sticking with those topics, your narrator has drunkenly stumbled into the following three conclusions:

1: Northern Ireland needs a new stadium in a neutral area

2: Northern Ireland needs an anthem of its own

3: Northern Ireland needs a flag of its own.

If the balance is corrected and Northern Ireland's football fan base still remains relatively free of people from a Catholic background then so be it.
Nothing will be lost by doing the right thing and bring Northern Ireland's team more in line with other UK nations.


Your narrator welcomes enlightenment on the matter as so far the main arguments appear to be something along the lines of "why should we change anything for the fenians?" or "they all support the Republic any way so what's the point?" or the ever present "chipping away at our Britishness!" (again, what is Britishness? Read the excellent post by Hawf Nelson: http://loyalistsagainstdemocracy.blogspot.com.au/2013/08/you-are-invited-to-present.html)


Hardly concrete arguments for not seizing the moral high ground and doing the decent thing.

As for the 'fleg' well, this has been discussed ad nauseum:


The three changes suggested earlier aren't intended to be a magic switch, more of means to give potential change some breathing space while
at the same time bringing us more in line with the rest of the UK.


So, if you agree then there are new petitions that you can sign:

For a change in anthem: http://www.ipetitions.com/petition/northern-ireland-football-team-anthem-change/

For a change in flag: http://www.ipetitions.com/petition/a-flag-for-northern-ireland/

We'll leave Windsor for another day, there's much ado about it at the moment....

A frequently occurring stumbling block in the above mentioned disputes is a whataboutery based on themuns.
Namely "why should Norn Iron change anything whenever THEY don't?!"

'They' in this case being all Ireland sporting teams.

Well, your humble narrator would love nothing more than to see an all Ireland flag and an all Ireland anthem for when the island is playing as one.
The tricolour is quite simply not the flag of Northern Unionists and that's that.

However, it's a poor attempt to wriggle out of the corner.

Perhaps if we were to first address the inconsistencies behind the IFA's current policies then we would perhaps stand on a higher moral platform from which to berate other sporting bodies.