ORANGEMAN THINKS RESIDENTS “MAY HAVE A POINT” 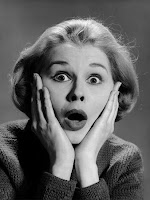 The peaceful passing-off of Saturday’s Ulster Covenant Centenary parade was almost over shadowed when a young member of a County Tyrone Orange Lodge was overheard saying that maybe nationalists and Catholics ‘have a point’ by not wanting thousands of Protestants and Loyalists marching past Catholic churches.

The young Orangeman at the centre of the controversy, Mr Tommy McVeigh, later told Am Ghobsmacht “...well, you see, in my local FE college, I always get wile annoyed when there’s cubs running around wearing them GAA tops cos they know Protestants don’t play GAA cos it’s on a Sunday and I’m always thinking ‘they’re doin that out of pure badness so they are’.

That got me thinking, that if they’re runnin around bein all offensive and it’s not nice, then, what with what they tell ye at Sunday School about being a good neighbour and all that then maybe we should’n be doin the same orwise we’ll be just as bad as them lot.

I’m pretty sure they don’t like the Ulster Flag ye see cos the UVF kilt so many of them and then paraded around wi an Ulster flag and I saw a documentary on the telly about Coca Cola and advertising and how they use a Pavlova response to associate their product with feeling good and refreshed and I was saying to our Richard that maybe there is some sort a similar thing goin on with the Ulster flag and shooting Catholics, a wee bit like every time I see a tri-colour I think of Provos murdering and bombing all over the place so maybe we should tick it easy when we go past a chapel or something as they really might not like it after all”.

The young man was ushered away by family and friends before word of the outburst spread.

His Aunt, Fiona Cuthbert, later excused the young man’s statement: “Ach, he’s a young impressionable cub and he’s been reading all the wrong lefty stuff at that FE college so he has.

I mind when cubs went there just to learn to be a joiner or a mechanic or a brickie and now you have all sorts of madness in the library, plus he’s been wile busy with the harvest so I imagine the cub is tired is all...”

A leading organiser of the event expressed his delight that such leftfield notions had by and large been ignored by the crowd as they celebrated the historical event which is seen by many as a watermark victory in the battle against common sense, fairness and compromise.

Loyalists: Offensive?
Posted by Am Ghobsmacht at 18:13