ARITHMETIC STILL A PROBLEM FOR ORANGEMEN 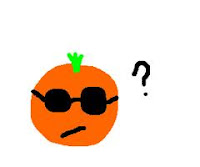 Am Ghobsmacht has observed in the letters section of the Belfawst Newsletter ('Spare a thought for loyalists from ‘lost’ counties') that basic counting, arithmetic and maths is beyond the grasp of many everyday loyalists and unionists.

The letter in question laments the fact that so many Protestants were left behind in the border counties of Donegal, Monaghan and Cavan.

Mr Crowe seems to hint that it was wrong to exclude these counties from the newly formed Northern state amazingly oblivious to the fact that for every Protestant in these counties there were around 9 Catholics.

Am Ghobsmacht ironically agrees with Mr Crowe that these counties should have joined the Northern Statelet as Nationalists would now be in the clear majority and would use their democratic right to vote Northern Ireland out of the union.
Posted by Am Ghobsmacht at 18:06