IABA TO SANDY ROW BOXING CLUB: "IN YOUR FACE!!" 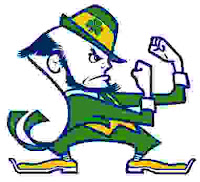 In a triumph of the modern Irish Republican interpretation of democracy, peace-making, fellowship and sportsmanship, the IABA has reacted honourably and measurably to the foundation less allegations by the BBC Spotlight program and Sandy Row Boxing club by effectively telling them all to get bent.

The IABA cleverly softened the blow (no pun intended – ed) by highlighting the female contribution to the sport by Sandy Row: “In fact, the first all female fight in this country included a boxer from the Sandy Row area. In truth, funding distribution of grants to clubs has been weighted slightly in favour of non nationalist areas as was pointed out on the Spotlight programme”

Am Ghobsmacht can expand on this sentiment by reading the first draft of the press release that was found in the boot of a hobo who was sleeping off a skinful on a bench in St Stephen’s Green:

“Sure, what with the sheer number of psycho Millies wandering around Sandy Row wasn’t it only a matter of time before some one stuck a pair of gloves on one and pointed her in the right direction? Anyway, prods are always getting more money anyway, so surely they’re entitled to get a bit of a ribbing....?”

A Shin Painn spokesperson added:
“Sure don’t prods realise that this is what peace and reconciliation is all about? When a nationalist has to see a Union Flag on a civic building then that’s sheer naked appression so it is, but when a prod is getting stones flung at him and given death threats then that’s just ‘a time for dialogue’, which as I’m sure you know is Republican code for “suck it up ya Jaffa!”.

Am Ghobsmacht applauds this act of brazen ‘get it right up ye huns’ variety of peace and reconciliation.